I was lucky enough to attend E3, filming for UGC’s video content. All 3 days there, I was busy learning about how to shoot B-Roll, how to spend time at an event effectively, how to work on accomplishing someone else’s vision, and of course, more on how the gaming industry works.

By far the most important thing I learned is how necessary it is to actually have B-Roll footage. I always knew it was important, but before going into the event, I thought of B-Roll as “in case we need to fill in some time here or there,” footage. No, it’s actually a large part of the meat of video content. Without it, videos end up bland. At an event like E3, where so many only see it through the content they view, having a good selection of experiential footage can really add a ton to your videos. When we interview a game developer or a product engineer on what they are releasing this year, the interview can either be two things. 1. A guy staring at the camera talking about a new computer set-up. Or 2. A guy staring at a camera, that cuts to a shiny computer screen as he talks about its LED backlit system, and then to the customizable mouse as he takes apart its sides and adds new buttons, and then back to his face as his expression changes when he gets excited to show off the cool headset that comes with it, and then to the fancy lights as the headset turns on, flashing its brilliant colors… Videos become so much more. And now I know!

And how do you get all this B-Roll? It’s only a couple minutes in a video, so it can’t take long right? Well… maybe for the super pros, but for my amateur self, with limited vision and equipment, it takes a bit longer. You want to make sure the shots you get are actually good. If you get footage of two people playing a brand new game, is the screen lit up well? If so, are the people too dark? If all of that is good, are they actually moving? Do they seem to enjoy what they’re playing? If not, that doesn’t make for a good snippet in a video.

HEY GUYS! I’m here to tell you about this great new fighting game! Check it out!!!

*Two guys blandly clicking some keys. One guy yawns. The other guy walks off halfway through the fight, on to something new…*

No it wasn’t. Gotta get good B-Roll to appropriately hype up the stuff you’re working on. You want people laughing, pointing, high fiving, and fist pumping! Those are the moments that are really worth capturing. And not only that, but if you’re working on an event as big as E3, you’ve got to get a lot of video to show people just how truly spectacular the event really is. With hundreds of booths and flashing lights everywhere, screens upon screens, lines upon lines… There’s a lot to capture, and it takes more than 10 minutes to get satisfying footage to show what it’s all about. To get a good example, this video is practically entirely made up of B-Roll showcasing what you find at E3.

The other thing that makes or breaks your content is understanding that you have to get B-Roll that’s relevant to the videos you’re releasing. If I am going to talk about water skiing and I get footage of someone snow skiing, I have useless footage, and I’m back to having a bland video. When someone else has the plan and vision for what they’re doing, you have to work to understand that plan to accomplish their ultimate goal. This requires good communication and foresight. Because I lacked a bit of general film knowledge, I lacked the foresight. Luckily, my team was flexible, and made sure to coach me and explain how important all of this extra footage was. I know next time I go in to film, get the entire vision and plan out my time accordingly, so I can provide the highest quality B-Roll for their videos and ensure that all parties are satisfied with the work.

Lastly, I simply learned about the industry. It was so cool being at E3, my second big gaming conference after PAX this winter. I met a ton of big name people, a ton of veterans, and people from all over the industry. I met people from my own esport, many from others, a cofounder of the gaming side of Dell, a CEO of this, a CEO of that, old pros, current pros, etc. etc. and all within a couple days. I watched a sponsorship deal happen. I watched a series finale for an esports tournament. There was so much going on, and I got to see that.

Check out the intro video I did with these guys. And look out for the Crash Bandicoot photo op – one of my favorite snippets from the week. =)

If you’re interested in more of the content I got to help produce, check out the YouTube channel of the company I was working with. Also, for some context, the guy I was helping out is a former professional Halo player, from way back when we were kids (unless you’re considerably older than me…) They are doing great stuff, so be sure to give them a follow.  And if you want more on what I learned, hmu on my socials. ❤

Give me a holler somewhere cool 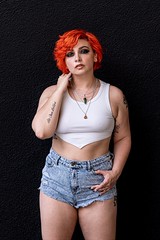 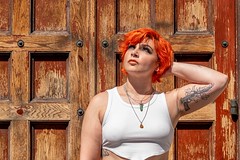 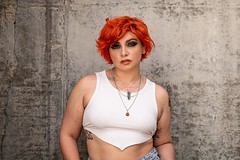 Don’t read this it doesn’t do anything. It literally serves no purpose. Stop. Also, don’t click here, it does nothing.

If things are a bit tough

Since this site published, I have consumed 7 sweet potatoes.